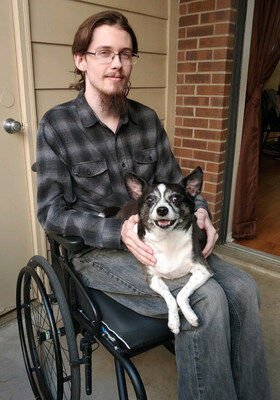 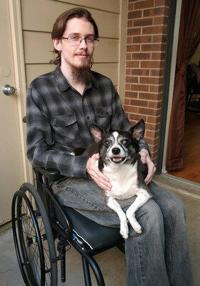 Zach Otto with his pet, Jekyll 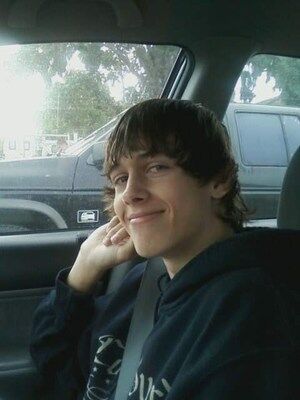 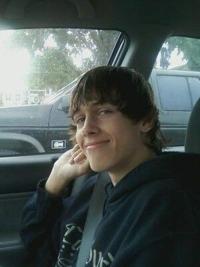 Zach Otto with his pet, Jekyll

Attorneys Bijan Esfandiari, Nicole K. H. Maldonado, Michael L. Baum, and co-counsel Robert F. Kennedy, Jr. filed the latest Gardasil lawsuit in Superior Court for the State of California, County of Orange against Merck & Co. Inc. and subsidiary Merck Sharp & Dohm Corp., both of New Jersey. The complaint (Case No. 30-2020-01160496-CU-PL-CJC), which seeks punitive damages, accuses Merck of negligence and failure to warn of dangerous side effects related to its Gardasil HPV vaccine, among other causes of action.

Plaintiff Zachariah (Zach) Otto received his first Gardasil shot in Orange County, California when he was 16 years of age. Mr. Otto, now 24 and living in Colorado, alleges multiple Gardasil injections caused him to develop life-altering injuries that have left him unable to work or physically attend college.

"Most people think Gardasil is for girls, but since 2009, Merck has made billions in profit by marketing the HPV vaccine to the parents of boys and to young men," says attorney Nicole K.H. Maldonado. "Through its advertising, Merck sold parents on the idea that Gardasil is a safe and effective tool to stop the spread of HPV and prevent cervical cancer. But Merck knew that Gardasil was neither safe nor effective at preventing cervical cancer, and worse, the company knew that Gardasil could cause a host of serious health issues."

"Merck fast-tracked Gardasil by presenting misleading data to the FDA and fabricating a health crisis," says Mr. Otto's co-counsel Robert F. Kennedy Jr. "They claimed they were 'filling an unmet medical' need but in reality, the only thing Merck was interested in filling was the $6 billion financial hole created by the Vioxx scandal."

Zach Otto was a 16-year-old minor when he received his first shot of Gardasil in 2012. Before agreeing to allow Zach to receive the Gardasil vaccine, his mother, Jennifer Otto, relied upon Merck's ubiquitous representations concerning the vaccine's safety and efficacy. She had viewed various online, print, and television marketing materials stating that Gardasil is very safe, that Gardasil prevents cancer, and that "good mothers" must vaccinate their children with the Gardasil vaccine.

In 2014, Zach received his second Gardasil injection. He shortly thereafter experienced body pains, headaches, cold-like symptoms, unexplained rashes, joint pains, ear pain, and enhanced lymph nodes in his neck. Over the next few months, Zach was in and out of doctors' offices to treat his symptoms.

In 2015, Zach received his third Gardasil injection. Two days later, his knees gave out while he was at work. Unable to move, he called his mother to take him home.

Mr. Otto's health continued to decline in the months that followed. He experienced numerous serious and disabling complications, including weakness, chronic pain in joints, abnormal gait, burning sensation on various parts of his body, hives, extreme weight loss, chronic fatigue, rashes, gastrointestinal issues, severe headaches, inability to sleep, dizziness upon standing, memory and cognitive issues, dysautonomia, and the inability to walk any significant distance without a cane, among many other issues.

As a result of his injuries, Mr. Otto is unable to engage in the normal activities that a teenager and young adult would enjoy; he had to drop out of college for a time and can no longer work. He is now legally disabled and must live with his mother who acts as his primary caregiver.

Mr. Otto is visited by nurses at his home that administer his intravenous immunoglobulin (IVIg) therapy to help combat his autoimmune injuries. IVIg therapy is expensive and time-consuming with the recipient hooked up to an IV for hours on end.

Even with treatment, Zach continues to experience many of the Gardasil-induced symptoms outlined above and is forced to be homebound, bedbound, and remains generally inactive. His serious and disabling physical injuries, pain, and mobility limitations have also had a devastating impact on his emotional wellbeing.

In filing today's complaint, Zach Otto seeks to hold Merck accountable for causing his life-changing physical and emotional injuries. The complaint accuses Merck of knowingly and recklessly placing Gardasil's profits ahead of patient safety. He is requesting that exemplary (punitive) damages be assessed to deter Merck and other would-be defendants from engaging in similar alleged reprehensible conduct.

Among other allegations, the complaint filed today accuses Merck of the following (these are allegations only, there has been no determination of liability in this matter):

"My life is a constant battle between attempting to improve my life and being held back by my own body's limitations," says Mr. Otto. "Gardasil has turned my body into a prison, an anchor that won't afford me the ability to live an independent life and one that significantly restricts my ability to grow as a person. Life with vaccine injuries has been a battle, not just to survive, but to live. It's the myriad of doctor appointments and tests, the IVIg I receive every three weeks just to get some level of relief from the chronic pain and weakness that I suffer every day."

Since 1973, Baum Hedlund Aristei & Goldman has won over $4 billion in settlements and verdicts on behalf of clients across all areas of practice.

Statement from Baum Hedlund Aristei & Goldman on the Gardasil Litigation

It is important to note that, while there is currently a great deal of controversy surrounding vaccines, the attorneys at Baum Hedlund Aristei & Goldman wish to stress that we and our clients are not against vaccines. Vaccines have the potential to eradicate disease and save millions of lives.

However, our firm is against intentional efforts to mislead consumers about the safety and effectiveness of a drug or vaccine. We have always fought—and will continue to fight—for the rights of consumers to be fully and honestly informed about risks associated with any drug, vaccine, chemical, or medical device. We will work tirelessly to ensure those rights are defended and victims of injustice are compensated for their injuries.

Breezy and cooler with morning clouds breaking for some sun.