Freeze Warning until THU 9:00 AM EDT 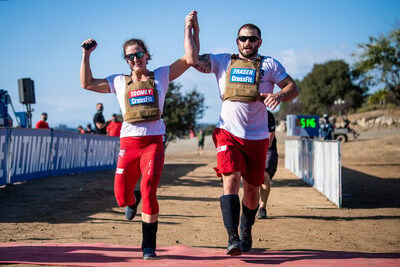 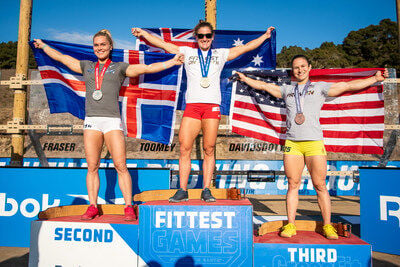 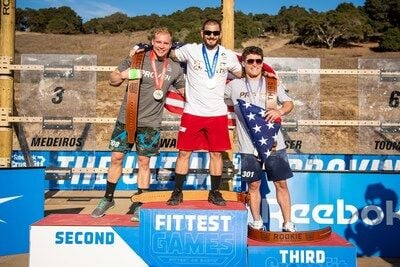 AROMAS, Calif., Oct. 25, 2020 /PRNewswire/ -- Shattering nearly every major record in the sport, Mat Fraser and Tia-Clair Toomey staked their claims as the fittest athletes in CrossFit history with dominant first-place victories in the 2020 Reebok CrossFit Games this weekend. Blasting through a three-day final stage designed to be the toughest test ever, Toomey took first in nine of her 12 events and Fraser won 10 of his 12 on the way to their respective titles.

Among the records broken by Fraser and Toomey during the course of the weekend:

"The most amazing thing about this year's Games — and this era of CrossFit — is watching the greatest male and greatest female athletes in our sport at their peak and competing with one another across every event," said Eric Roza, CEO of CrossFit. "Some day, a future generation of CrossFit fans will mark the dominance of Mat Fraser and Tia-Clair Toomey as the period when CrossFit emerged as a global sport, riding on the shoulders of two legends who were competing not only for each year's title but for their place in history."

American Samuel Kwant finished second for the men, his first podium finish for the Games, while Rookie of the Year Justin Medeiros finished his first Games season with an impressive third. Canadian Jeffrey Adler and American Noah Ohlsen rounded out the five fittest men on Earth in fourth and fifth place, respectively.

Iceland's Katrin Davidsdottir, who won the Games in 2015 and 2016, finished second for the women this year, while six-time Games veteran American Kari Pearce secured her highest finish at third. Fourth place went to 19-year-old American Haley Adams, who showed her bright future, and American Brooke Wells completed the group of five fittest women on Earth.

"The goal we set for ourselves this year was to create the toughest test in the history of the Games, and I really feel like we succeeded," said Dave Castro, CrossFit Director of Sport. "The athletes faced 12 scored events over three days, including a range of challenges and surprises, like the end-of-race reversal to re-run the course on the Ranch Loop, the same-day addition of Happy Star, and the hardest event we've ever programmed in Atalanta. The athletes tackled and overcame every obstacle we threw at them, and they have earned their honors as the fittest 10 individuals on Earth."

The 2020 Reebok CrossFIt Games took place in two stages: an online first stage that took place in athletes' local gyms around the world in September, from which the top five men and five women advanced to the in-person final stage in Northern California. Venues for the final stage included "The Ranch" in Aromas, California, where the first CrossFit Games were held in 2007, as well as the Morgan Hill Sports Center.

The many plot twists and turns of the final weekend included:

CrossFit® is the world's leading platform for improving health, happiness, and performance. In the 20 years since its founding, CrossFit has grown from a garage gym in Santa Cruz, California, into the world's best-known fitness brand. CrossFit is committed to creating a welcoming and inclusive environment for everyone, and millions of people have already experienced CrossFit's transformational benefits through workouts in more than 14,000 affiliated gyms across 158 countries. CrossFit, LLC also orchestrates the CrossFit Games season, beginning with the annual CrossFit Open, through which athletes at every level compete worldwide, and culminating in the CrossFit Games, where top athletes compete for the title of Fittest on Earth®. To learn more, visit www.CrossFit.com.