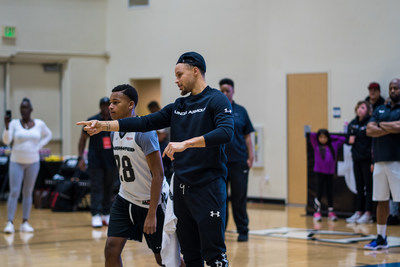 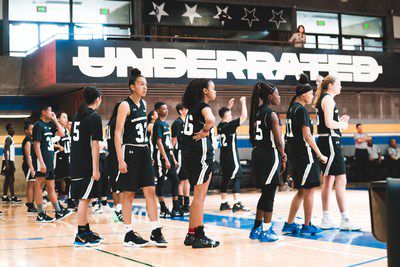 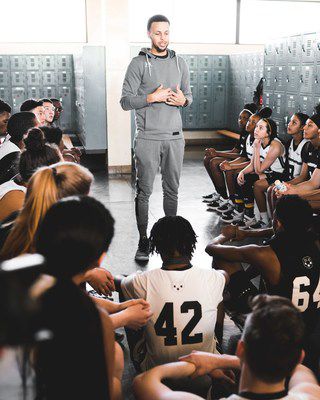 LOS ANGELES, Jan. 22, 2020 /PRNewswire/ -- Stephen Curry announced he is bringing his Underrated Tour Powered by Rakuten back for a second year, this time across U.S. cardinal points: Kicking off with Chicago in the North (February 22nd-23rd), Dallas in the South (March 7th-8th), Washington, D.C. out East (March 14th-15th), Los Angeles out West (March 21st-22nd), with a championship close-out in the Bay Area (April 3rd-5th). Link to Register: https://www.underratedtour.com/

Year 2 of the Underrated Tour Powered by Rakuten returns Stateside, bigger and better, after its international launch last year. All tour stops will be co-gender and free, and the top eight girls and boys from each region (64 finalists plus a parent/guardian), will be flown to the Bay Area Championship, courtesy of United Airlines. The 64 finalists will compete for two coveted spots in Curry's Under Armour Select Camp. Other offerings include the same specialized training and tailored activations seen in the inaugural year, providing America's most promising athletes with best in class resources (drills, off-court education, personal skills development, expert panels, etc.), knowledge and access.

A once-underrated basketball player himself, Curry, the now three-time NBA Champion and MVP with six NBA all-star selections, came to the realization that he himself would not have been invited to his own high school select camp because he was not rated highly enough. With an aim to continue to innovate the traditional camp model, the first-of-its-kind platform allows young men and women from all backgrounds the opportunity to find success and achieve their basketball dreams.

"I'm just trying to leave this game a little better than how I found it," said Curry in the 2020 announcement. Adding, "It's for the kids out there who don't quite fit the mold, but who just need the right opportunity to show what they can do."

Registration for the Underrated Tour Powered by Rakuten is open now. To register and find additional information about the tour please visit the official website here: www.underratedtour.com

About Stephen Curry
Stephen Curry's on and off court legacy is marked by transformation and innovation. With a following of over 13M on twitter and 28M on Instagram, Curry is one of the most influential stars both on and off the basketball court. His nine-year career in the NBA with the Golden State Warriors is marked by many firsts; he was the first person to be named Most Valuable Player by unanimous vote in NBA History and one of a select few to win MVP awards two years in a row. He holds six NBA all-star selections and three NBA Championships. Off the court, he is an emerging figure in Silicon Valley, and the athlete's brand touts a number of direct investments in innovative consumer and enterprise technology companies. Last year, Stephen and Ayesha Curry launched the Eat. Learn. Play. Foundation, whose mission is to unlock the potential of every child by ending childhood hunger, ensuring universal access to education, and enabling active lifestyles. The family foundation is dedicated to providing underprivileged children with the fundamental resources they need to thrive in life, with an emphasis on the Bay Area and Oakland communities. He is also the founder of the Film & Television company Unanimous Media specializing in Faith, Family and Sports content in tandem with Sony Studios, and is the Executive Producer for ABC's no. 1 primetime show, Holey Moley.

About Rakuten
Rakuten, Inc. (TSE: 4755) is a global leader in internet services that empower individuals, communities, businesses and society. Founded in Tokyo in 1997 as an online marketplace, Rakuten has expanded to offer services in e-commerce, fintech, digital content and communications to approximately 1.3 billion members around the world. The Rakuten Group has over 19,000 employees, and operations in 30 countries and regions. For more information visit https://global.rakuten.com/corp/.

Breezy and cooler with a good deal of sunshine.

Cold with intervals of clouds and sunshine.