US and World News

WASHINGTON — A member of Pennsylvania's congressional delegation who represents Berks, Carbon, and Schuylkill counties is calling for transparency from the federal government in its transportation and placement of immigrants who entered the country illegally.

U.S. Rep. Dan Meuser was joined Thursday by more than 30 of his Republican colleagues in introducing the Immigration Transparency and Transit Notification Act.

The bill, according to Meuser, would require the departments of Homeland Security (DHS) and Health and Human Services (HHS) to notify the relevant federal, state, and local officials about the transportation and placement of undocumented immigrants. 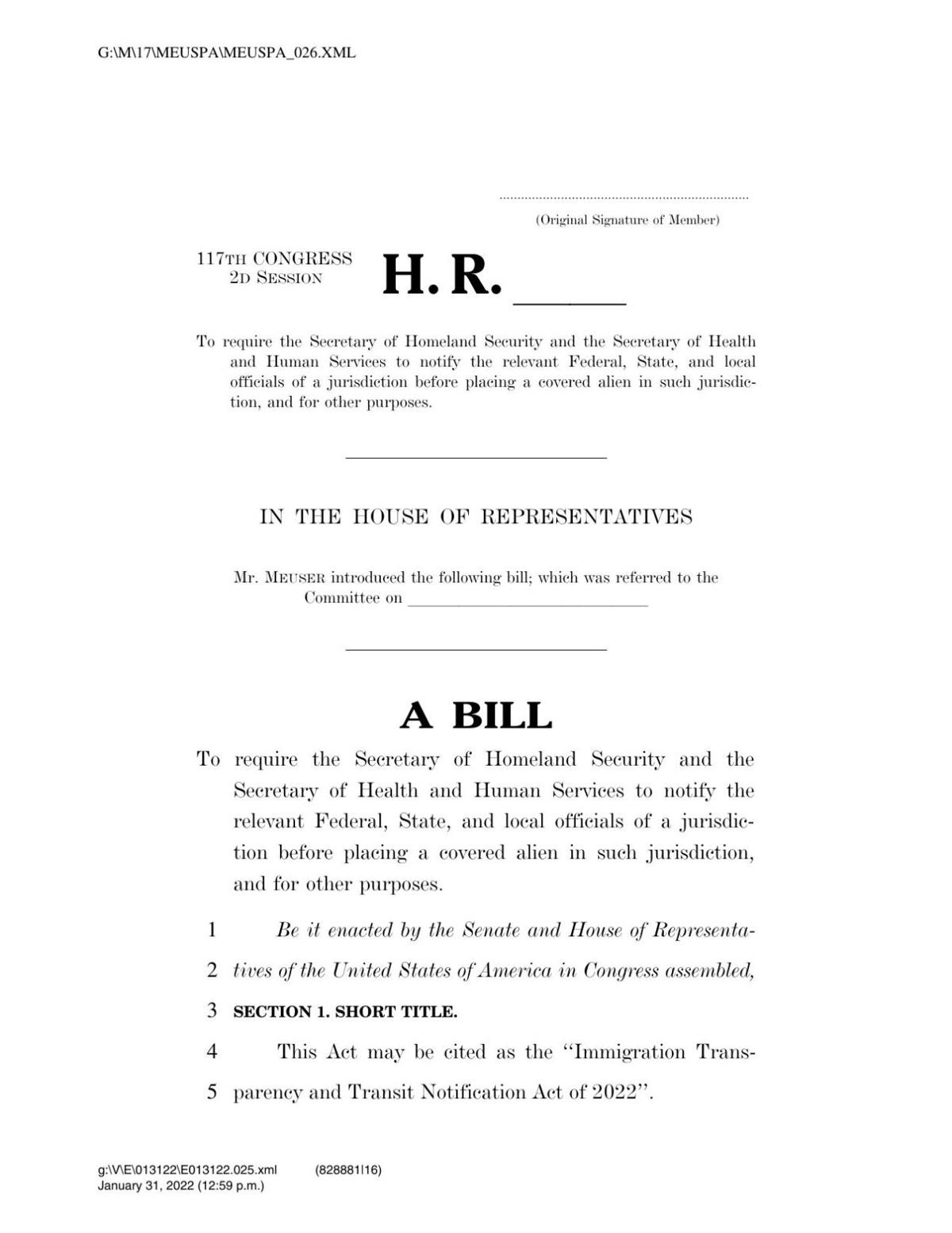 Meuser said he drafted the legislation after learning of undocumented immigrants being flown to Pennsylvania aboard flights chartered by the federal government. Those flights have landed at a number of airports in recent weeks, including Lehigh Valley International Airport in Hanover Township, Lehigh County, and Scranton Wilkes-Barre International Airport in Luzerne County.

"The Biden administration has created a crisis at our southern border and instead of addressing the problem, they're empowering it," Meuser said in a speech on the House floor Thursday. "The administration has been flying illegal immigrants into my home state of Pennsylvania and across the United States on midnight express flights, in the middle of the night. HHS has conducted these flights with zero forewarning in order to facilitate the Biden administration's open-border policies."

Meuser said he was told by the Biden administration that the late-night timing of the flights was a coincidence.

An HHS spokesperson told 69 News last month that there's no secret surrounding the flights, adding that most of the planes' passengers were children. The spokesperson said it's the government's legal responsibility to care for unaccompanied children in federal custody and that if it can locate a vetted sponsor, it arranges travel to get the child with that sponsor.

Meuser said his bill would:

"My legislation," Meuser said, "will bring transparency to the process and ensure that states have a say in the matter while bringing awareness to the local communities."

In December, U.S. Customs and Border Protection (CBP) reported that its agents apprehended 178,840 people entering the U.S. illegally, an average of 5,769 people a day. Some attempted to cross the border more than once, so the total number "somewhat overstates the number of unique individuals arriving at the border," CBP said.

Rob Astorino said the 51 minutes of video was recorded by a police officer's body camera.