Your local forecast from local meteorologists 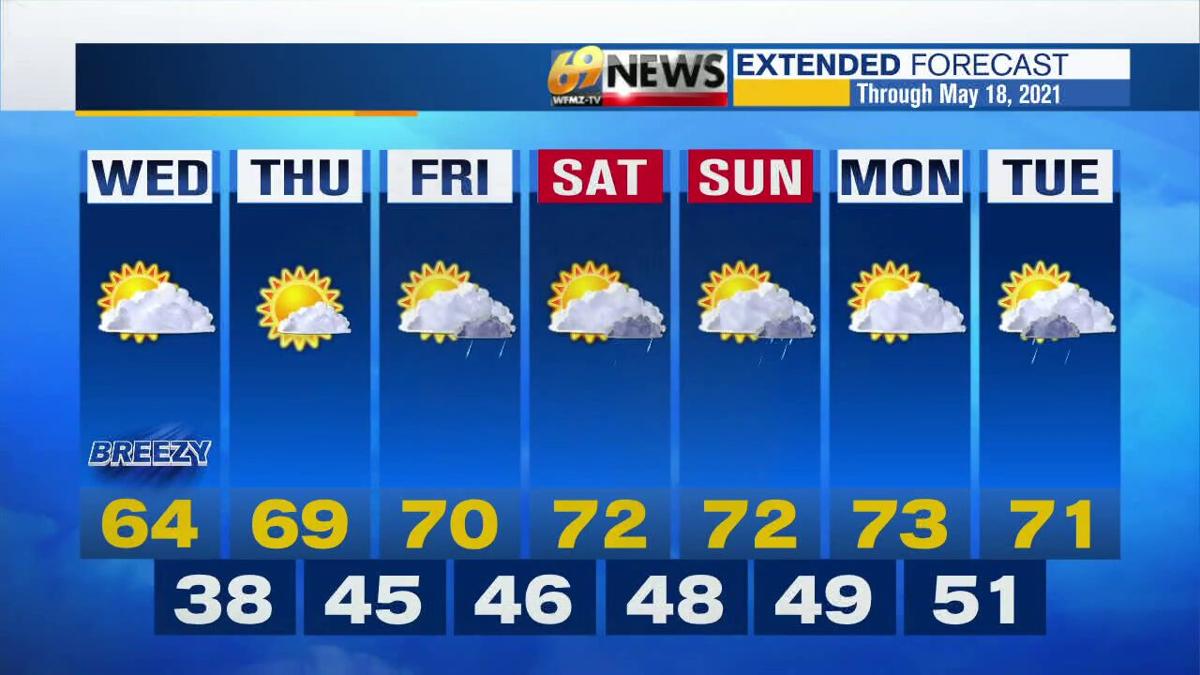 In case you’re counting, Wednesday will be our eight-straight day of cooler than average temperatures. But since then, cool has been king, with daytime highs as much as 10 to 15 degrees cooler than average over the last week. There is either a warming trend or an easing of a cool on the way, depending on your point of view. But it is a slow climb out of the hole we find ourselves in, with temperatures slowly climbing through the 60s the next few days to around 70 degrees later this week and over the weekend.

A few pop-up afternoon showers are possible Friday, Saturday, and Sunday, but no big rainmakers are on the way, as much as we really could use a good soaking. More widespread warmth will try to take hold as we move through next week, although that too may be a gradual process.

These will probably be the two pick days of the week weather-wise, with partly to mostly sunny skies and slightly milder temperatures as the cool eases just a bit. A bit of a brisk breeze will linger Wednesday, though a touch less gusty than on Tuesday, with lighter winds altogether by Thursday.

Temperatures will inch up into the mid to upper 60s, with Thursday likely the warmer of the two days. So while still a bit cool for this time of year, it’s a small step in the right direction. Tucked in between will be another cool, crisp, and mostly clear overnight Wednesday.

A cooler pocket of air and a dip in the jet stream will hang out over the Northeast over the weekend, which will lead to at least the chance of a few pop-up showers each day from Friday through Sunday, especially each afternoon and evening. While most of the day will remain dry with at least a mix of sun and clouds, that shower chance will be there, albeit light and scattered.

So the mornings should be sunnier than the afternoons each day, as clouds and scattered shower chances bubble up with the heating of each day.

Temperatures should inch up to around or just above degrees, not nearly as cool as last weekend and closer to seasonable for this time of year.

Highs likely remain in the upper 60s and low 70s heading into early next week before gradually riding to the middle 70s late in the week.

Looking ahead through next week, no one day stands out to be a washout but a few showers each day will be possible. We'll fine tune the forecast in the days ahead stay tuned!

Mostly clear and chilly. Patchy frost in the Poconos.

Mostly clear and chilly. Patchy frost in the Poconos.

Partly cloudy with a stray evening shower or two.

Partly cloudy with a shower or two possible.